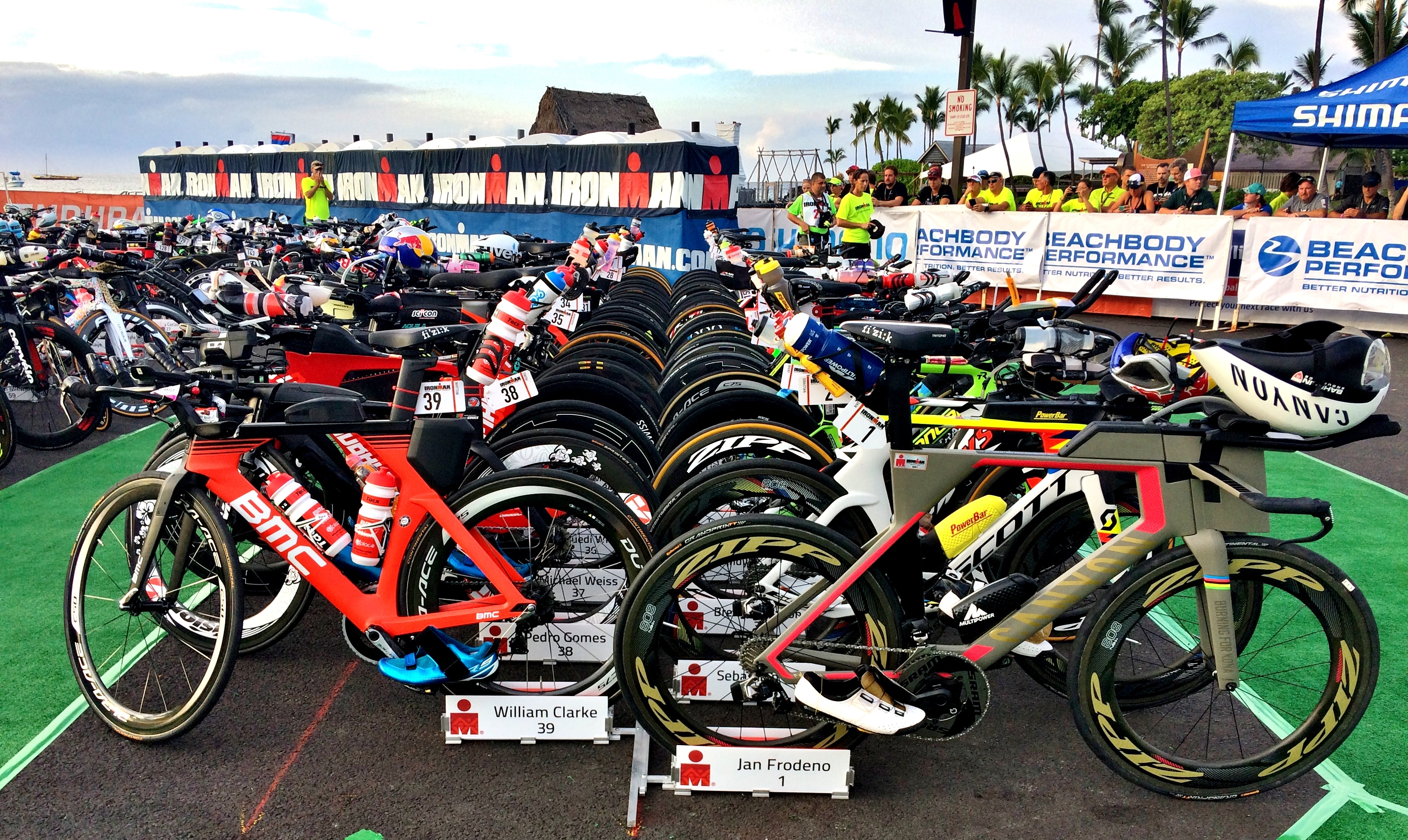 The sport of triathlon (the word literally meaning ‘three sports’), has evolved hugely over the past 40 years, from full on Ironman events to local community events boasting much smaller distances but just as much fun. And whilst it’s all about race gear, distances, times and nutrition for most athletes training for an event, we’ve found some fun facts about triathlon to lighten the load!

Ironman originated one night in Hawaii in 1978. Stationed US military officers began to argue whether runners, cyclists or swimmers were the fittest, and organised an event to determine the ultimate champion, or “Iron Man”. I’m still impressed they were able to organise it without any women around…..

The first woman to ever compete in a triathlon was Lyn Lemaire in 1979.

The oldest female qualifier for Kona is Peggy McDowell-Cramer. She was 51 when she started triathlon, her first Ironman at 57 and set off for Kona at the ripe old age of 75!

The swim leg is always first due to safety reasons. Fatigue sets in pretty quick for any distance and you cant walk the swim leg if you get tired!

When looking for an inspiration for not giving up, just google Alistair Brownlee. 2008 Olympics, the Brit crossed the line 12th, but after 4 years of intense re-evaluation and training, he came 1st at the 2012 Olympics on his home turf in London. His brother came 3rd!

You’d think the main item required in a tri would be your bike, but no. The only item that is absolutely mandatory in all triathlons is a helmet.

In the first ever IronMAN race, there was only 15 competitors, of which only 12 completed it.

Wetsuits are actually not considered very beneficial to strong swimmers. Their main function is to keep the swimmer warm, as well as increased buoyancy and body position, however they actually decrease mobility.

The oldest qualifier for Kona recorded is Californian Norton Davey, who qualified at the age of 82.

Sean Conway from Gloucester competed on his own in the world’s longest triathlon; a 3,000-mile bike ride, an 800-mile run and 100-mile swim.

A Medical Professional’s strongest recommendation for the first 5-6 hours after a race is to avoid big crowds. Your immune system is extremely compromised and you are more susceptible to any bugs flying around! So much for lapping up the atmosphere!